It’s almost time…time for Formula One.  I know my mother will be over the moon.

Well, Ferrari launched their new car last week, the Ferrari F150, and before you make any snarky smart-a$$ comments, no it does not have a Hemi.  It is called the Ferrari F150 to commemorate 150 year of Italian unification.  So there. 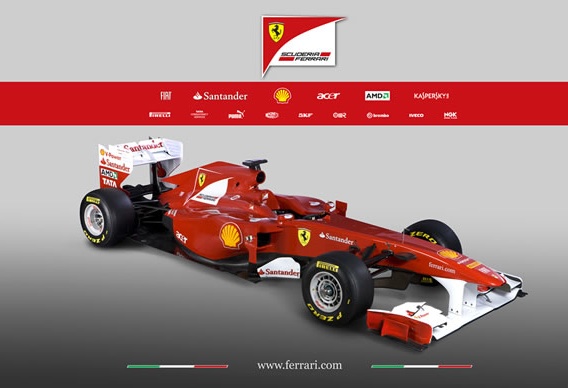 I love this rear wing

And finally, a picture of the Drivers

That’s Alonso on the right, Massa on the left.  I am really not loving the facial hair.

All the pictures are from Ferrari.com

*I have just been informed that Ford F150s do not have Hemi’s.  Well, neither does the Ferrari.  Hah.